The Lower Cape Fear Water and Sewer Authority is a regional organization with sponsoring members that are comprised of Bladen, Brunswick, Columbus, New Hanover, and Pender Counties, and the City of Wilmington. The Authority was created to aid development of a water supply system for the sponsoring member governments, which are primarily located in southeastern North Carolina.  The Authority owns and operates two facilities.

The Authority owns and operates the Bladen Bluffs Regional Surface Water System, in partnership with Smithfield Farmland Company which is supplied treated, raw water from the Cape Fear River. The facility is a 6.0 million gallon per day (MGD) drinking water facility located near the Town of Tarheel in Bladen County, approximately opposite of the Smithfield Packing Facility on NC Highway 87. 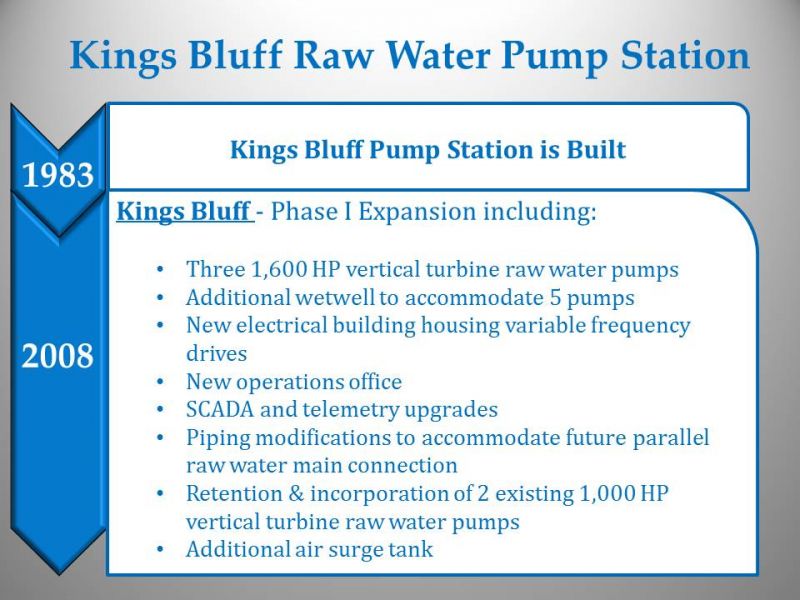 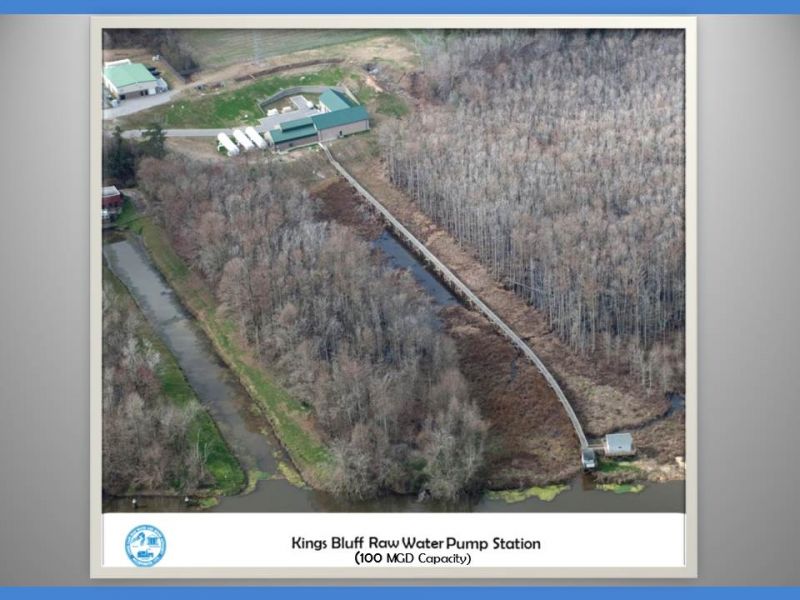 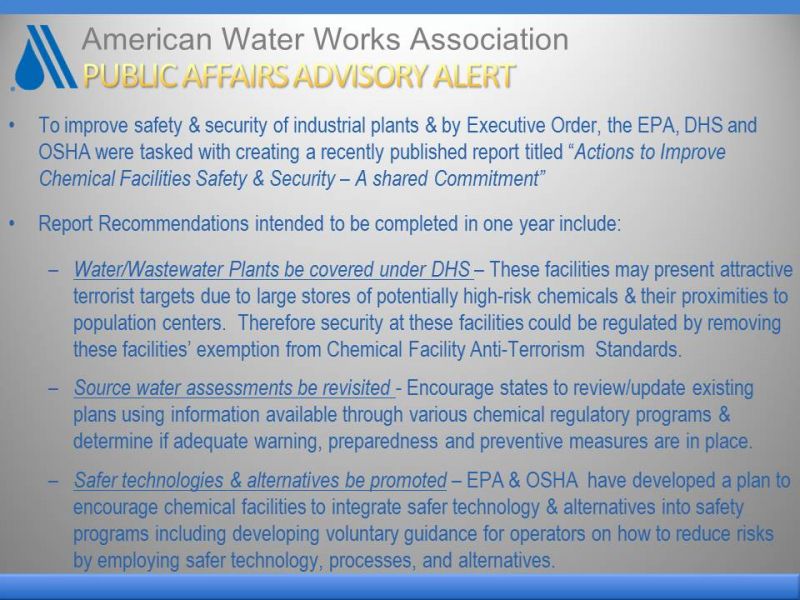 What does DENR know? Who are responders to spills in river? What is being done about onsite contamination?
Kings Bluff Calendar/Board Mtg Dates

Receive news and alerts via email or text.

No Alerts at this time.